I read the most beautiful book the other day – “When Breath Becomes Air” by Paul Kalanithi.  I couldn’t recommend it more highly.   Try not to google as I read it suspecting but not knowing how it would end (and on that note if you do buy it skip the foreword for the same reason).   Paul was a neurosurgeon who was diagnosed with lung cancer at 36 just as his career was taking off.   The book is not so much about the cancer struggle itself as a quest to find the meaning of life – we are all dying, just some of us quicker than others, and Paul’s book is all about finding and creating meaning in life no matter how short yours might be and it’s the most beautifully written thing I have ever read…his voice is almost poetic in its honesty.  Do buy it. 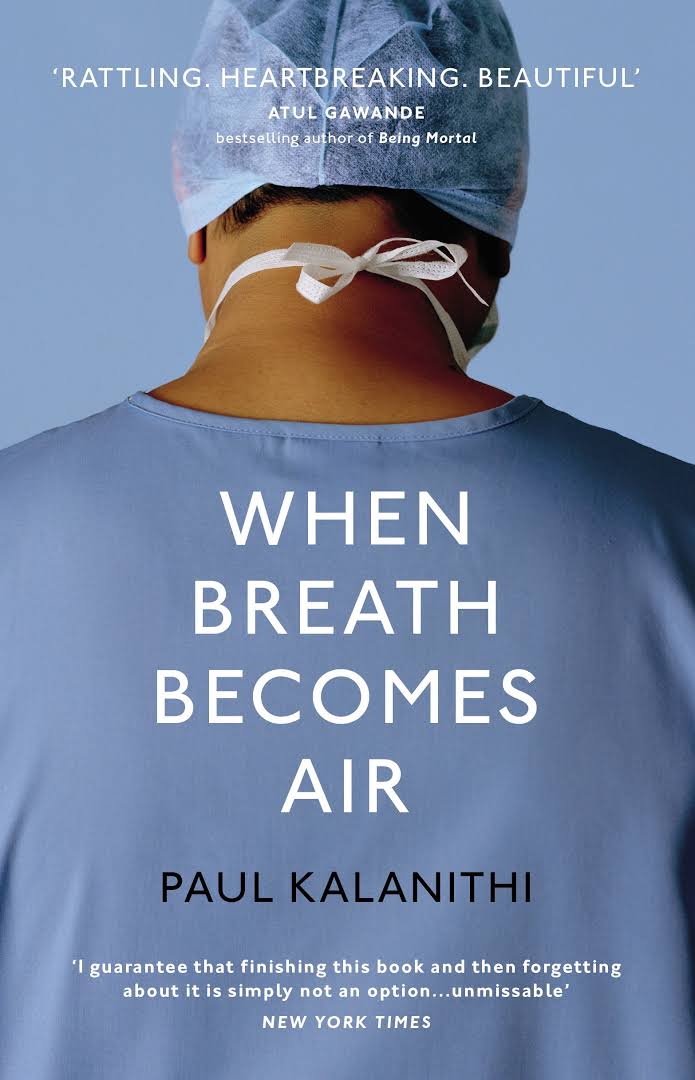 One of my favourite biographies is “One Crowded Hour” by Tim Bowden which tells the story of acclaimed Australian combat cameraman Neil Davis who began every diary with these words written by Thomas Osbert Mordant during the seven years war of 1756-1763:

Throughout the sensual world proclaim,

One crowded hour of glorious life

Is worth an age without a name.

I have taken this much loved book with yellowing and dogeared pages all over the world with me since I read it at university.  Aside from the fears for my young children I have never really been scared of death itself, I’ve more feared not embracing life to its fullest.  My BBC management mentor said he was worried I would burn out at a young age adding that no one ever lay on their death bed regretting not spending more time at work.   I strongly believe it’s better to regret the things you do than the things you don’t and I could never be excused of not living as if I might die tomorrow and that was true even pre cancer!    Forgive me for the soapbox adages but life is just too short not to live it and, whatever happens, I know I have.   My good friend Vikki Leffman in London, who was by my bedside on so many occasions (beautiful woman thanks again for that), said at one point it was as if I didn’t seem to believe I could die despite how desperately sick I was.  My faith has sustained me and I do believe that what is meant to be will be, I just tried to cheat my odds a little and buy myself time enough to see my children grow.     Ultimately I was at my sickest with misdiagnosed pneumonia in 2010, a full  year prior to finding out I had CLL (and I was so sick because I probably already had it).   I was lying in bed, unable to lift my head off the pillow, watching my babies playing in the hallway, my daughter crawling and the boys rolling around like tiger cubs and I really thought I was going to die.  A Doctor had been out to see me and had said I had the flu and to pick myself up but I remember very clearly thinking “I’m dying and I’m so sorry that I’m not going to be able to see you all grow up but I am so sick and I just need to go to sleep”.   The sense of calm I had at that point has given me enormous comfort over the years since.  By the time I ended up in hospital I was really sick and I was probably only a few hours from death had I not had medical attention.

As I move on with my life the inconvenience of a three monthly appointment becomes a necessity that I can deal with.   Last week I saw Con Tam at the Peter Mac here in Melbourne.  I hadn’t seen him for 6 months and it constantly amazes me how much changes with the science involved with CLL every time I do catch up with him.   He has always been the most fervent of my doctors in favour of the novel therapies and clinical trails and against transplant and we discussed when I might be able to stop venetoclax now that I have no detectable disease.   He thinks, like my other specialists, that I have to stay on it until there is an option for me here in Australia.   He says, if I do come off the trial, I am almost certain to have at least a 2 year treatment free remission and after that the new CAR-T therapies should be more established and they could be a good option for me if I become resistant to venetoclax (there is no evidence that resistance happens when you reach my stage but there are still very few who have been on this drug for more than 3 years).   My bloods are all still completely normal and I don’t think I will have another bone marrow biopsy until May.

I also spoke recently at Abbvie’s national conference in Sydney and had the privilege of sitting on a panel next to Professor David Vaux AO from the Walter and Eliza Hall Institute here in Melbourne whose work identifying the function of BCL2 in 1988 led to ABT-199 being developed.     I gave him a hug when I met him (note to self I must stop hugging scientists it makes them uncomfortable!).   Venetoclax received TGA approval here in Australia last month and I was exuberant in my levels of excitement while being interviewed by the ABC but unfortunately I still won’t be able to access it here until it is listed on the Pharmaceutical Benefits Scheme.  It’s before the Pharmaceutical Benefits Advisory Committee next week and I’m hopeful that, despite NICE turning it down for the NHS this month, the PBAC will understand how desperately this drug is needed by patients such as me.   The Leukaemia Foundation is on the case…

Work wise I’m now working three and a half days at the Institute of Public Affairs – it’s such a dynamic and impressive place to be and I feel I am making a difference to help this very important think tank make its mark.  80 percent of the staff are under 30 and are set to change the world.   I’m buoyed by my days spent with these incredibly intelligent people as they begin their careers, the IPA is certainly an incubator for talent and ideas and I feel very privileged to be there.    They’ve also been so supportive of everything I’ve been through – they even let me have a few words in their last IPA Review which is the oldest Public Affairs journal in Australia.

My next appointment is in London on the 10th May and then I’m flying to New York for the International World CLL conference – going to do some things with Patient Power and will hopefully get to catch up with Professor Thomas Kipps two years after my trip to San Diego to seek his opinion on what I should be doing next.     I spent my earlier life as a news reporter and producer in commercial radio and then the BBC telling other people’s stories so I still find it strange that I’ve ended up being part of one myself and I do feel I have a duty to share it and offer hope to those going through similar experiences.  In my 43 years surely the past two have been amongst the most extraordinary and I feel so very lucky to be here.