I took the children to see the Illusionists last week – a terrific magic show at the Shaftesbury Theatre in London.  While I was trying to work out how the tricks were done it occurred to me that the real magicians in my life these days are the scientists who have created a pill which is so smart it’s eradicating my cancer while leaving the rest of me feeling pretty amazing.

I was escalated to 200mgs of ABT-199/venetoclax on Tuesday and that makes it sound like there was a procedure involved but I literally turned up at 8am for a blood test with Sam then went off for breakfast and returned at midday to take two 100mg pills which he had ordered from the pharmacy.  Because I was doubling the dose I’d previously been on he got me to stay in the day ward for a couple of hours for monitoring before I was allowed to head off for lunch, only returning at 6pm for a blood test.  This was a very easy day.

I have been expecting side effects almost every time I take the tablets but I’m starting to relax a bit.  The only side effect I’ve noticed has actually been a resolution to the wheat intolerance I developed around the same time as getting CLL.  I told Prof Gribben about it and he thinks it may have been caused by my B Cells and now that they’re being picked off it’s disappeared too.  Very strange but I’m delighted to be able to eat pasta and bread again with no pain (I’ll end up the size of a house if I keep going with them the way I am though!).

Within 24 hours of my dose escalation I was here… 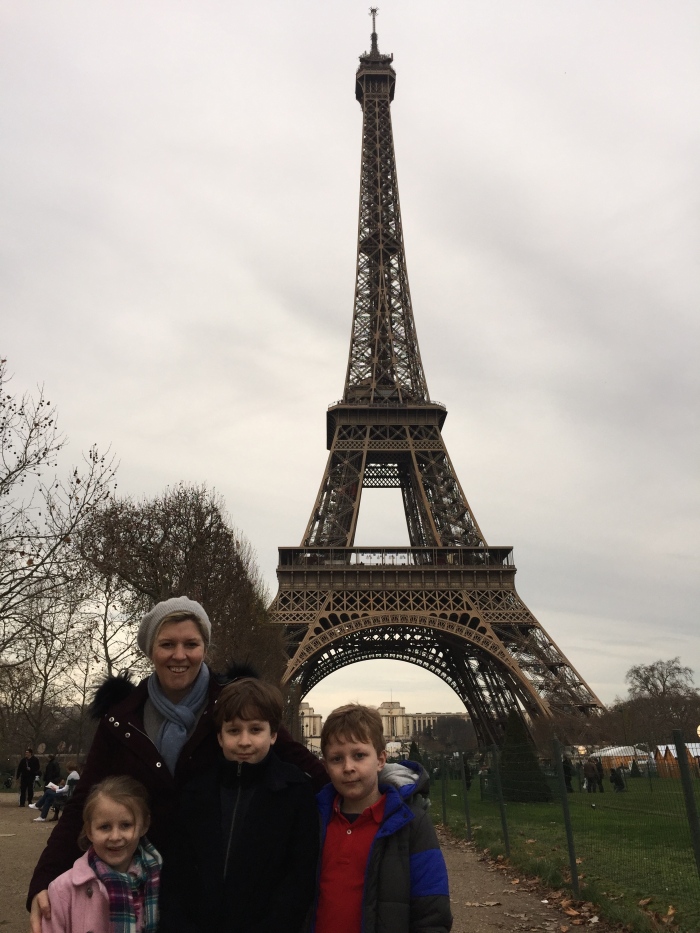 Who would have thought I would have felt well enough to travel at this stage in the trial?  Certainly not me.  I’m delighted to be able to make the most of my time with the children.  We spent a couple of glorious days in Disneyland and then a couple of days in central Paris.   Next hospital day is Tuesday when I’ll be escalated to my final maximum dose  of 400mgs.

So back to those scientists.   I wanted to know the names of those behind ABT-199 so I could thank them down the track so have been doing a bit of research into its origins.  The science behind the drug goes back over 25 years and the scientists behind it worked at the Walter and Eliza Hall Institute for Medical Research in Melbourne.  A discovery in 1988 by Prof David Vaux, Prof Suzanne Cory and Prof Jerry Adams led to the co-development of ABT-199 with Abbott Laborotaries (now Abbvie) and Roche’s Genentech creating the BH3-mimetic drug, designed to block the function of the protein BCL-2 which allowed leukaemia to become long lived.  Subsequent research with Prof Andrew Strasser, Prof David Huang, Prof Peter Colman and Prof Keith Watson explained much about how BCL-2 and related molecules function to determine if a cell lives or dies, contributing to the development of BH3-mimetics which kill and rapidly remove leukaemia cells by blocking BCL-2.   The work then transferred over to Prof Andrew Roberts who is the head of clinical translation at the Walter and Eliza Hall Institute who instigated the first clinical trial in humans in 2011.  Further work has followed with clinical practitioners such as the myriad of CLL experts I’ve been privileged to meet on this journey. Stand up ladies and gentlemen and take a bow – I hope to meet some of you one day to shake your hand and show you how your drug has changed the course of my disease and given me and my children my life back.  I’ll be leading the charge for you to be awarded the Nobel prize.  Thank you for all those long hours in your labs.