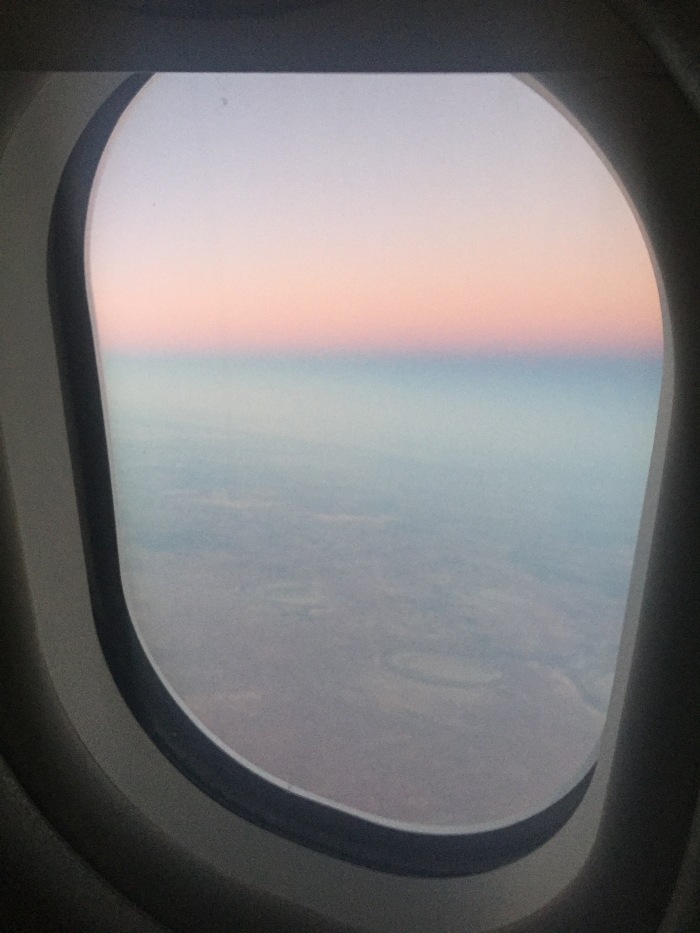 As my plane soared above the city, I felt a lump in my throat and tears ran down my cheeks (too much crying lately) as I remembered that when I left I didn’t know if I’d ever get back here.   It’s been an incredible journey and I still can’t believe how far I’ve come.   I was given a very warm welcome home and, after only a day, it felt like I’d never been away. 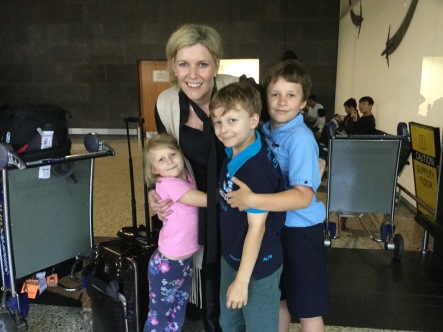 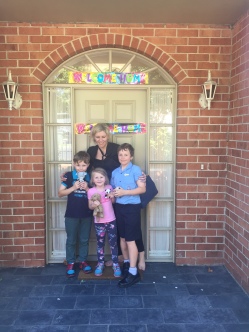 This time last year I was preparing for transplant, I hadn’t been to America since 9/11, I hadn’t met Professor Gribben and I had no idea I would be living in London only a few months later and returning to my old job as a journalist at the BBC.  It still blows my mind, totally crazy.  But I repeat – it’s good to be home, as surreal as all this is.

Last week I got to see Professor Ritchie for the first time in 8 months.  He is very happy with my progress and thinks the key will be my bone marrow biopsy which I’m having in a couple of weeks time.  I get the results of that on the 6th April.  He still thinks the London trial is the best option for me and reiterated that I will only be able to keep taking my wonder drug venetoclax if I stay on this, even if it means monthly commutes to the UK from Melbourne for the next 8 months.  Ironically of the fewer than 200 patients on the drug worldwide, 80 of them are on it in earlier clinical trials at the Royal Melbourne and Peter Macallum Hospitals, and they have more experience of treating patients with it than anywhere else in the world.   We’re trying to come up with a plan to reduce the number of monthly flights but ultimately, whatever happens, I have to stay on the trial and I’ll do whatever it takes to stay on the drug which has given me my life back.

I decided to kickstart my journey back to normality with a return to work the day after I arrived home.  I’d been very fortunate to be offered a new job while being treated in London so went into my new office in Collins Street in Melbourne, suited and booted and more excited than I could imagine by the thrill of the daily commute on the train.  I definitely had a cheshire cat appearance as I looked at my fellow commuters.  How funny to appreciate the overcrowded train as it chugged into the city.    I had also been dreaming of doing the school run for months and I couldn’t have been happier standing in the rain, greeting the children with hugs and saying goodbye to them the following morning putting kisses in their pockets for later.  Once again I feel so lucky to be here…it’s the small things which I’m loving the most. 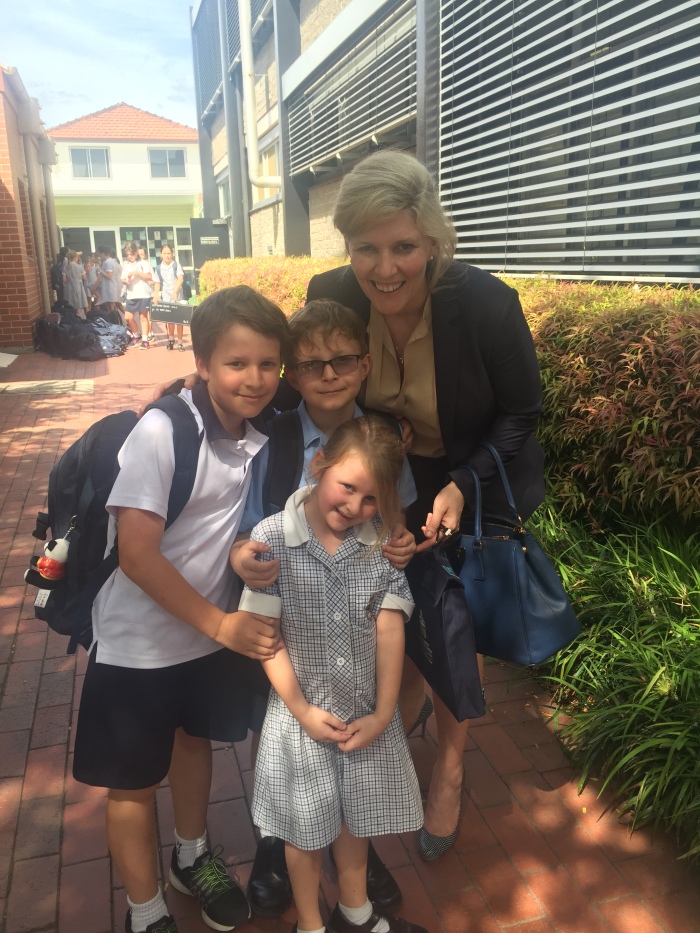 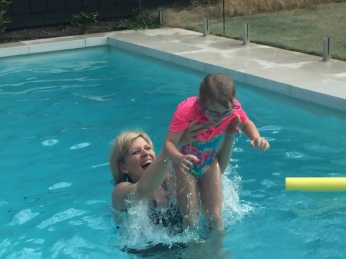 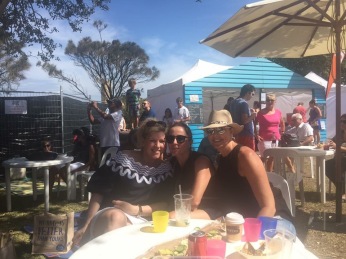 I’m finishing this post off from Canary Wharf in London, I got totally distracted by work and spending as much time with the children as possible that I neglected to actually put this up.  I was a little anxious saying goodbye to everyone again, but it was an awful lot easier that the August departure…I still think kissing the children goodbye and getting into that taxi to the airport is one of the hardest things I’ve ever had to do.

I arrived yesterday and I’m having that “where on earth am I?” jet lag feeling.  Tomorrow I have a blood test and Wednesday is my last cycle of obinutuzimab.     I’m dreading it.  Last month during cycle 5 I had an allergic reaction to that drug and it was a very long, uncomfortable day.  Itching started on my palms and feet and then spread throughout my whole body.  It’s not one of the reported side effects of this new CD20 monoclonal antibody and it upset me to develop such a reaction so late in the game.  I was given extra piriton to help ease the symptoms and the infusion was slowed and stopped several times but it didn’t get rid of it altogether and I’m worried Wednesday’s reaction will be even more severe.  Professor Ritchie said to make sure I’m given steroids this time.

I’m also worried because a number of phase 3 trials of another drug I had looked at closed this week because of adverse effects including patient deaths in the treatment naive cohort and it’s such a set back for the Gilead drug idelalisib.    Phase 3 is a whole more advanced and a lot safer than phase 1 so it’s just reminder me that, while I’ve had a smooth run so far, it’s not something I can take for granted.   It appears most of the patients had infection related deaths and I’m grateful for my twice daily anti-virals and the antibiotics which I still seem to respond to when I need them.  I had to have a 3rd course of amoxycillin this week to make sure I was well enough for the weekend’s flight – that flu virus from Spain was a corker (and I even had the flu shot before starting the trial).

So, to quote the former ITN newsreader Reginal Bosanquet, “Let’s get through Wednesday”.   I’ve treated myself to a first class flight on Emirates on Thursday so, if I’m well enough, I’ll be heading straight home that night to ensure I’m back with the children for Easter.  This one is a real whirlwind trip with the promise of chocolate at the end of it.

3 thoughts on “The yellow brick road”